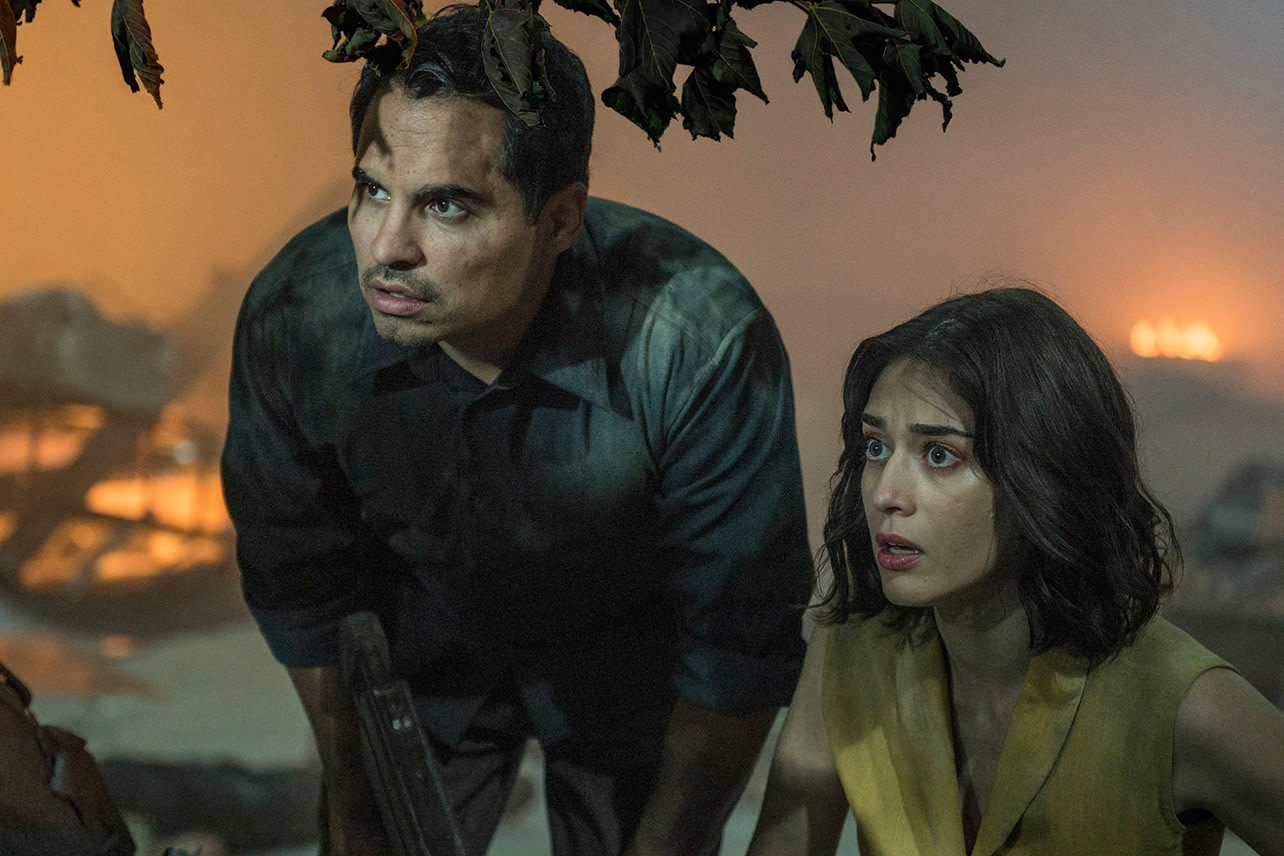 Netflix has become not only our entertainment overlord, but also a relentless content factory. Their business model has become “throw it to the wall and see what sticks.” So while it takes more time to sift through the bad content to get to the good, an unexpected side-effect is that the company has been leaning hard into sci-fi, and has been turning out an impressive number of films. Altered Carbon, Mute, Lost in Space, Annihilation, Okja, The Cloverfield Paradox, Bright, and What Happened to Monday have all come out within the last year, and are a very mixed bag (Okja and Annihilation are the best of the bunch). I love the idea of Netflix becoming a patron of sci-fi, supporting smaller productions with up-and-coming talent. But with Netflix becoming the dumping ground for films that studios don’t think can make it on the big screen, I have to wonder if this is actually improving the genre. Unfortunately, Extinction and How It Ends, both newly-released Netflix fare, are not helping Netflix’s case.

Extinction was a movie I was very excited about. I like stars Michael Pena and Lizzy Caplan, and the story of a dad who has visions about an apocalypse he will soon have to save his family from is familiar territory, but could be taken in a unique direction.

Alas, this film only has one goal in mind: get to the plot twist, which comes about thirty minutes from the end. So for at least an hour, we get a blasé, dull, and standard sci-fi alien invasion film. The twist doesn’t get enough time to fully develop, and it doesn’t impact the first hour of the film enough to make it worth watching. The lead-up to the twist is more filler than a compelling narrative.

Extinction tries to have a political undercurrent. For example, there’s a sign that says, “A Cyborg Took My Job.” But if you try to read the groups in the film as an allegory, the implications become a little concerning. Don’t think too hard about it. But if you take it for what it is in the film, the twist does attempt to add a different dimension to the are-robots-people question. It just comes so late in the film that it is kept from reaching its full potential.

So while I can see why Extinction was pulled from the Universal movie slate, it is still a passable two hours if you have Netflix. But with so much to see right now, passable isn’t enough. You’re worth more than that.

But Extinction is a Hitchcockian masterpiece compared to How it Ends, which is my new worst movie of the year. Congratulations! You took my favorite subgenre- the road trip- and made it a contender for the dullest two hours of my life.

Here’s why road trips paired with disaster films should work: road trips are an inevitable part of most of our lives. Pair it with something abnormal, and suddenly you’ve created the perfect dynamic in your movie. The macro-conflict can come from the disaster, zombies, robots, whatever. The micro-conflict that drives characters come from the road trip aspect. How we react in a disaster becomes framed by the normality of driving.

So what this film about a guy named Will (Theo James) and his prickly future father-in-law Tom (Forest Whitaker) driving across the country after something bad takes out all the power to get to his fiance should have had was Will and Tom arguing about where to take bathroom breaks, what kind of music to play, and exchanging stories about their daughter/fiance. It could be tense at times, sure, but not the lifeless sludge it ends up being. An endless repetition of being attacked by people on the road does not an exciting movie make.

I have no idea who these people are by the end of the film, and the “in-law road trip from hell” pitch is completely wasted in favor of the blandest War of the Worlds rip-off ever. There is no originality anywhere in this film. No clever solutions, no interesting dialogue, no real emotions, nothing of substance or that will be remembered. Theo James stares blankly at everyone he encounters and has the personality of a video-game shooter. Forest Whitaker solves every problem in the film by looking characters in the eyes and saying, “Trust me,” and if that doesn’t work, killing them.

I can’t recommend not seeing this film enough. It has the worst ending I’ve ever seen, a non-ending. Not to be too picky, but I feel pretty strongly that a movie called How It Ends should have an ending. My only explanation is that screenwriter Brook McLaren fell asleep before writing the ending, somehow hit his head, got amnesia, and forgot his idea for the ending. I too wish I could forget this film.

I’m not giving up on Netflix as a patron of science fiction. It has still given us good sci-fi films (again, Annihilation and Okja, people). But quality is better than quantity, and I don’t want flops like these to dilute and drag down such an exciting genre.

One thought on “Netflix’s Sci-Fi Duds: Extinction and How It Ends”