Recently, I found myself with a to-watch list that contained three Brie Larson films. So, in a very late celebration of her film Captain Marvel reaching the billion dollar mark at the box office and Avengers: Endgame taking all the rest of the world’s money, let’s take a look at some of the highlights of Larson’s filmography. 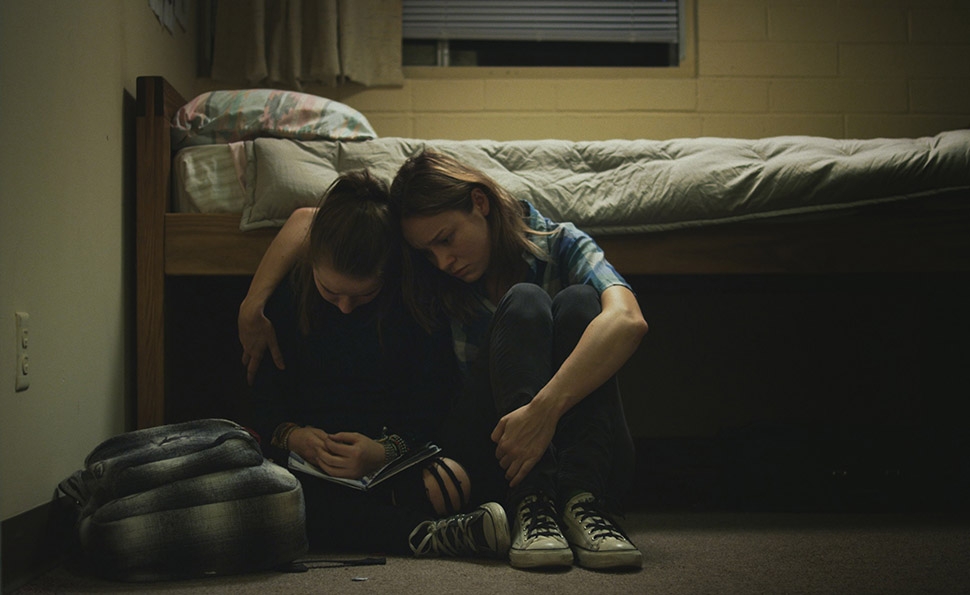 Short Term 12 is about Grace (Brie Larson), a young counselor at a care unit for at-risk teens. Grace herself was once one of those teens, but now is a model for the kids as she cares for them in a calm, firm, and compassionate manner. The slice-of-life drama follows Grace and her boyfriend/ fellow counselor Mason (John Gallagher Jr.) as they face new challenges at the center and in their relationship.

There’s not a single weak performer in the cast. While Larson got deserved praise for her performance, John Gallagher Jr. is equally perfect. He does most of the comedic lifting, but he has a number of small dramatic moments that make the film work so well, and he and Larson have perfect chemistry. The supporting cast, including rising stars Rami Malek and Lakeith Stanfield (go see Sorry to Bother You!), are equally great in their roles.

The film is so authentic and realistic it feels like a documentary, but it never once lost my attention. It is, simply put, riveting. Short Term 12 never shies away from the flaws of its characters, but it also never forgets their dignity and beauty either. It is the kind of film that pulls you completely into the story, and makes you feel the pain of each character, yet also makes you feel stronger and more ready to take on life when you leave the theater. I believe it is a must-see.

Like Short Term 12, this is another realistic, serious film that is almost documentary-like in parts as it tells the story of Joy (Brie Larson) and her son Jack (Jacob Tremblay) as they escape their kidnapper and restart life in the real world.

I resisted seeing Room for a while, knowing it was going to be a hard watch. Thankfully, it’s not a shocking or gratuitous film, but it is still emotionally heavy. This story is about a crime but that’s not its focus; the focus is on the human soul.

Every time Room could fall into a cliche about the inspiring strength of the human spirit or the resilience of kids, it sidesteps the cliche gracefully and tells a fuller story. It is a reminder of the strength of the human spirit and the resilience of kids, but the movie doesn’t end on a victorious or inspirational note. Instead, it embodies an honest view of the evils of the world but with a persistent attitude of hope. Another must-see, if only for Larson and Tremblay’s incredible work. 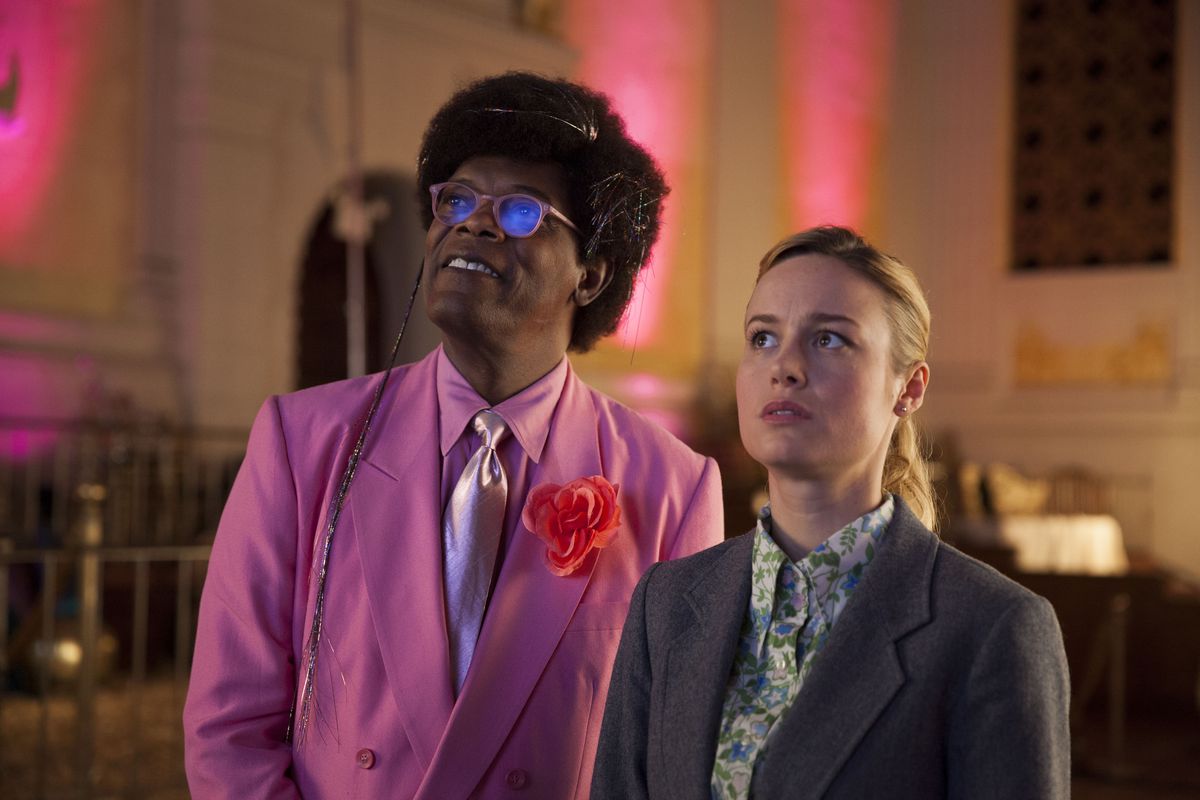 A lighthearted departure from her other films, Unicorn Store is Larson’s directorial debut. She stars as Kit, a young adult who refuses to grow up. She meets a man called The Salesman (Samuel L. Jackson), who promises to give her her heart’s desire- a unicorn- if she prepares a home for it. Kit accepts the challenge and must learn how to take care of the creature, and maybe along the way learn to care for herself.

Kit as a character is very uneven, like the film, but I did like that she offers up a fresh breath of air as a heroine. A lot of female characters are getting the “strong” treatment, in which the description of “strong” ceases to have any actual meaning and instead becomes code for, “just like the ideal male hero,” which means completely competent and physically tough with a lack of or at least a comfortably low count of any feminine qualities. (Obviously, there is a discussion to be had if being “strong” should be thought of as a firstly masculine trope and narrative at all, but that’s a different discussion). Anyway, here Kit is not strong in any of the ways the word is used. She’s not physically strong, she’s not particularly mentally strong or tough, and is not someone to look up to. She is *gasp* flawed and must grow.

Kit is silly and immature and unsure of herself, and yet that is never equated with her femininity, which itself is never taken from her, even as she matures. The problem with Kit is never presented that she likes glitter and unicorns and pink- an over-the-top feminine aesthetic- the problem is that she is resistant to change and unprepared for adult life. I found that refreshing and know the character of Kit will resonate with a lot of women.

Unfortunately, Unicorn Store really wants to be quirky and unique, which is usually the mindset that makes a film fail to be either quirky or unique or good. The forced whimsy of the film, combined with an all-too-obvious metaphor, keeps it from being much of a meditation on the difference between being childish and being like a child. This is furthered by the uneven tone that fluctuates between child-like wonder and childishness, which might have been an interesting way to reflect Kit’s character but is clearly out of bad filmmaking instead.

As for her directing, Larson is fine but is bettered by the cinematography by Brett Pawlak and is weakened by Samantha Montgomery McIntyre’s script. There’s still potential here for Larson’s next directorial effort- and I do hope she does another film- but I think it would be better for her to focus on a more minimalistic story.

Is there a common thread between these projects? I would say so. Both Room and Short Term 12 are about people in crisis that are trying to regain an identity outside of being in crisis. Unicorn Store is also about identity, but the crisis has much lower stakes and comes more from personal failure and dissatisfaction than the outward influences that plague the characters of Short Term 12 and Room.

Unicorn Store relies on Larson to play a bold, quirky, and altogether more performative character, while her other work has her do the opposite in extremely subdued, naturalistic characterizations. Her performance in Unicorn Store is not bad, but it doesn’t play to her strengths, which makes it comparable to her work as Captain Marvel. Her uniqueness as an actress lies in how she makes each character feel lived in, to such a degree that I feel, watching them, that I could sit down with Joy of Room or Grace of Short Term 12 and ask them about their pasts and they could tell me all sorts of things. Both Carol Danvers aka Captain Marvel and Kit from Unicorn Store are big personalities that make it seems like Larson is impersonating other actors who would fit those roles better (although I truly think Larson will come more into her own as Captain Marvel by her next appearance and under better directors).

Watching a selection of films from an actor’s filmography is a helpful way to not only understand the actor better but the craft of acting. And I think this experiment not only gave me two excellent films to enjoy but also should serve as a reminder that Brie Larson does not deserve all the online trolling and hate she is getting. So, if you’re a Marvel fan harassing Brie Larson online- quit it! I would say I will find you myself, but after seeing how ripped Larson got to play Captain Marvel, I think she can take care of herself.