College is hard, but not as hard as finding good movies to watch between January and April! Here are some that I’ve seen during the beginning-of-the-year movie desert. 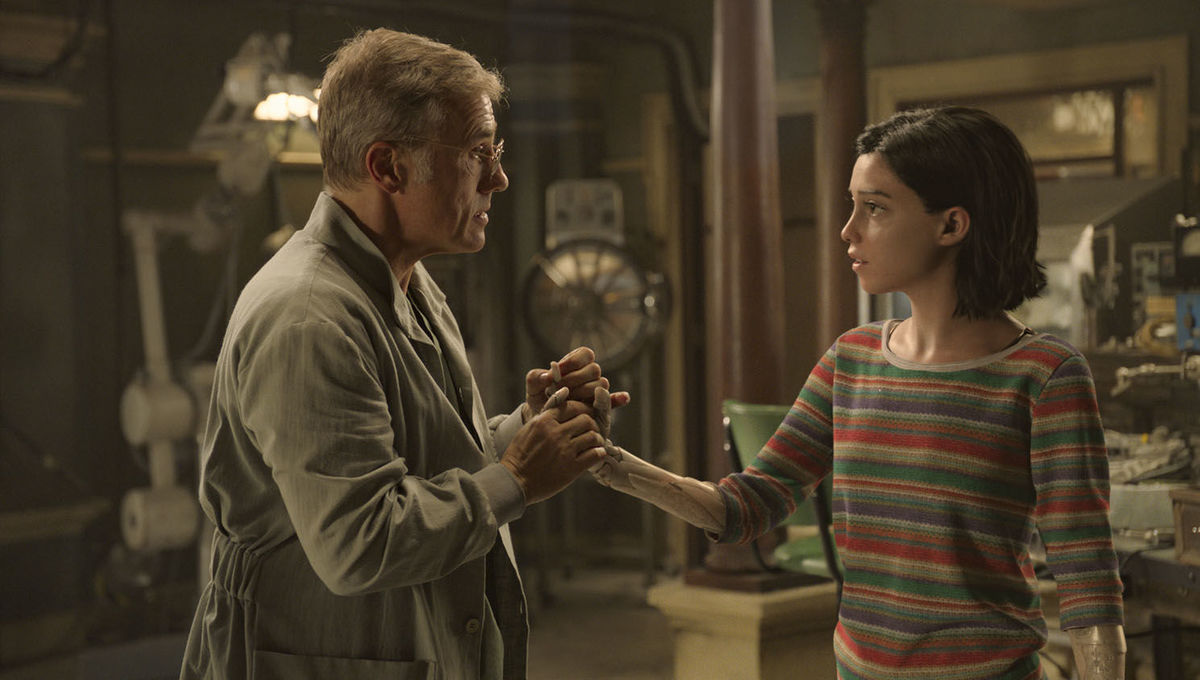 If anyone was excited for Alita: Battle Angel, it was me. Sure, I’ve never read the comic, and I’m not into anime or manga. But as far as general audiences go, I was ready to love it, because I’m a sucker for a bunch of things promised in this film. A teenage heroine in a dystopian future? Check. Oscar-winning actors in crazy costumes saying hilarious sci-fi jargon? I admit it. Trope of a scientist who goes too far in playing God? Sign me up.

But now I’ve seen it, and now I’m grumpy.

Alita: Battle Angel takes place in a dystopian future where Dr. “father figure at the ready” Ido (Christoph Waltz), a doctor/scientist/scavenger/”hunter-warrior”/Sad Man with a Sad Past™ finds the still-alive brain of a cyborg girl. He puts that brain into the conveniently pre-made cyber body he has, and when the girl, Alita (Rosa Salazar), comes to, she has no memory of her previous life and goes on a series of adventures to discover who she is.

To put it delicately: the script is bad. Real bad. There are too many characters whose arcs go nowhere, the plot is mangled and disjointed, and there is no sense of time in this film. In the first twenty minutes, we know a day has passed, and then after that, there is no sense of a timeline. How long as Alita been with Ido? How long did it take her to become a Hunter-Warrior? Has she really been with romantic interest Hugo for only two days by the time she’s literally ripping out her heart for him? It’s the halfway point of the movie, and I still have no clue the direction of the film or what it is going to be focused on. We’ve been introduced to father/daughter drama, boyfriend drama, big bad guy in the sky drama, hunter-warrior bully drama, gotta find my new sexier body drama, and motorball drama. Which direction are we going in? Oh wait, all six? All six storylines are going to be treated with equal focus so that the main storyline is super unclear and without any sense of urgency?

Yet while all of that is in the movie, it’s not presented as I just presented it, because I don’t think writer/producer James Cameron and director Robert Rodriguez actually see anything wrong with the way the other characters treat Alita. I see the empowerment coming from her asserting her own identity and redefining her relationships with people on her own terms. They see the “empowerment” angle as coming from her beating people up.

But hey, maybe this whole movie was worth it for the sheer spectacle of watching a scene where, and I’m not kidding, Christoph Waltz is cradling the decapitated, talking head of Alita, and walks past his character’s ex-wife, played Jennifer Connelly, who smirks and says, “you can’t bring our daughter back.” End of scene. I can never unsee it.

Aspiring to be the Deadpool of romcoms, Isn’t It Romantic suffers from being very ill-timed. A film about a cynical, modern woman trapped in a romantic comedy, it delivers a meta-commentary of the genre as it was twenty-five years ago. The film’s loving critique comes only from films that were made between the 1990s and early 2000s. That would have been fine a few years ago, but we’re currently in a new, more diverse and inclusive romcom renaissance with the likes of The Big Sick, To All the Boys I’ve Loved Before, and Crazy Rich Asians. So while the throwbacks are fun, they don’t feel relevant, putting the entire movie’s premise on a bit of an outdated and uninspired note.

But for what this movie is, it is unabashedly fun. The musical numbers are delightful, the message is easy but sweet, and Rebel Wilson is a capable leading lady with this perfect supporting cast. It’s a rental, but I’d be lying if I didn’t say it put a smile on my face… and made me want to go watch my favorite romcom.*

How To Train Your Dragon: The Hidden World

The How To Train Your Dragon movies weren’t a pivot part of my childhood like some fans of the series. I saw the first one in theaters and liked it, but didn’t like the second one as much. I’ve always had great respect for the franchise and how revolutionary it was in the animation world, but never truly got why it is so beloved.

But when I went to go see this film on a whim, with zero expectations, I suddenly understood why people were such hardcore fans of these films. Because they’re awesome.

The animation, score, action sequences, and the characters? Breathtaking, detailed, and compelling. This movie is able to have an epic scale but an intimate narrative. I was particularly surprised that the message of HTTYD3 basically boils down to: part of becoming a man means committing to your loved ones and settling down. I know the audience for this franchise has grown up alongside it, but there is a lot of nuanced (and funny) conversations about responsibility, marriage, and family here that are not only rare for a movie aimed at families but especially for a movie starring a male lead. Hiccup has always been a wonderful role model, but I was reminded just how revolutionary and inspiring his brand of compassionate and empathetic heroism is. He’s a true leader in a way that I think is still rare to find in blockbusters.

Even if you haven’t seen these movies in a while, or only saw the first one, I think you can still go into this movie cold and enjoy it, and I highly recommend you do.

*13 Going on 30. And if you disagree with me, a friendly reminder that this film stars Elektra, the Hulk, Captain Marvel, Ulysses Klaw, Ant-Man’s ex-wife Maggie, and Silver Fox from X-Men. It’s an MCU movie, confirmed.

2 thoughts on “Movie Minute: Alita, Isn’t It Romantic, and How To Train Your Dragon 3”